Just before last weekend, people working in public transport announced they’d go on strike on Monday in the morning rush hour for 66 minutes. They want their pension age to stay at 66 years and not increase. Think about this what you will -I’ll probably have to keep working ’till I drop, soooo-, but a 66 minute strike doesn’t mean that everything will run smoothly before and after. And since I work in a different city than I live in, getting to work last Monday was going to be a challenge!

So I decided to get creative and book a ticket for a ride on the Flixbus, a completely separate company from regular public transportation. It was cheap (5 euros) and it would get me from A to B. One thing though, the bus would leave at a completely different end of the city than where I live and there were no busses or trams I could take either because of the strike. Jolly! But I sucked it up, got up before 5.30 am and was on my bike just after 6.

I could have been cranky about the strike and just stayed home to work, but I had a meeting that I didn’t want to miss, so I made the effort to get to work. While I don’t mind exercising, biking 10 km to get to a train station is not my idea of fun that early in the morning! As I was biking, however, the sun was slowly rising and I started having a bit of fun on this weird adventure to simply get to work. I was biking through a part of the city I don’t frequent at all, and thanks to GoogleMaps and a sense of direction, I got to the train station without any issues. I’ll even forgive the bit of rain I had. 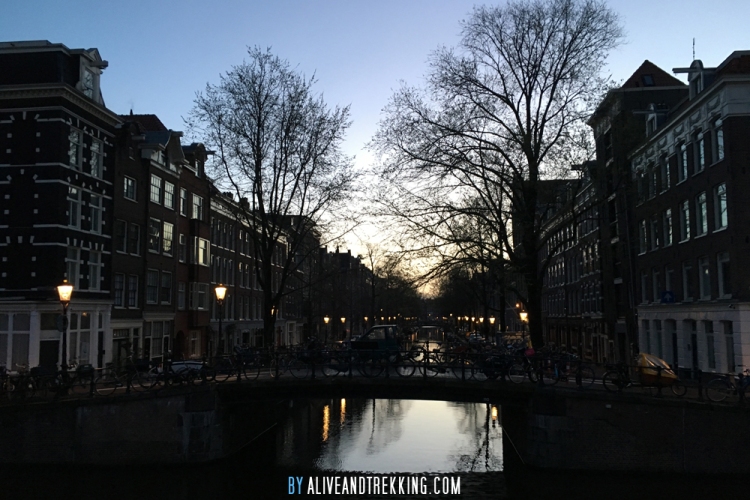 Because there were no trains, many people took their cars out, which caused busy roads, complete with traffic jams. Heavy traffic caused us to arrive at our destination half an hour late, but considering the mess the trains were going to be once they got going again, I didn’t mind and still think I made the right call. I had a comfortable ride over to my destination in a bus that was only half full (of tourists, except maybe one or two), driven by a chauffeur with a pleasant driving style. I was pretty pleased with myself for coming up with this, haha!

After a day’s work, I took the train to the train station where I’d left my bike. I had another 10 km to go to get back home. The sun was out, it was basically Spring, so I was pretty chuffed. It was gorgeous out and I felt happy to be biking, clearing my head from work stuff in the process. And if that wasn’t enough, I was treated to some gorgeous scenery along the way. If I had gone the normal commute, I would not have enjoyed these views, with beautiful lighting and shadows, and a gorgeous sunset leaving shimmers on the water! 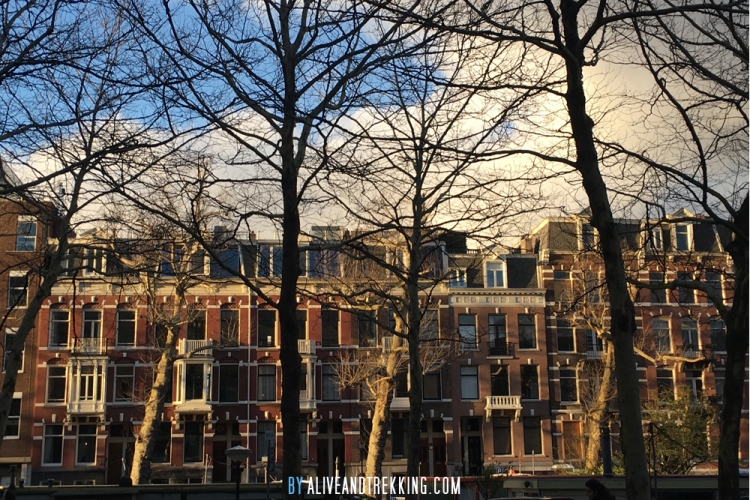 An interesting start of what was going to be a very intense week, but I guess those make the best stories, right?

14 thoughts on “Well, that was interesting!”