My visit to Stewart Island was a lot different than I thought it would be. I had planned to do the Rakiura Track, but my poor knees discouraged me enough for me to cancel. I still wanted to go to the island and I decided to do shorter hikes instead. Because I had to rearrange my accommodation a bit and arrived at the island a day earlier, the hostel that I had picked, Bunkers Backpackers, was full that first night. I stayed at Stewart Island Backpackers that night and I really do not recommend staying there. I won’t even link to to it. The owner was very uninterested and not friendly at all. He basically discouraged people to cook by saying ‘You don’t want to cook, do you?’ He cut off all heating in the rooms and if you were cold, you just had to use your own sleeping bag. There weren’t even extra blankets you could use.The room smelled damp. It was just a very unfriendly, uninteresting, uncharming place to stay and I was happy that I could leave after one night.  I understand things are expensive on an island, but you don’t burden your guests with whining. It’s okay to make them aware of not spilling and being more conscious, but you can take it too far, in my opinion. Nope, don’t like that place.

Bunkers Backpackers, on the other hand, was awesome! I can confidently say that it’s one of my favourite hostels in New Zealand! A really friendly, homey place with great people! The owners had hired a full time manager to go about the daily business, and she was cool. She was a kiwi just returned from travelling abroad. She wanted to earn money and see a new part of her home country at the same time. She was friendly, relaxed and hung out with us backpackers. I highly recommend staying at this place! The kitchen is a bit small, but it’s okay. The rest really makes up for it! The beds are good, the showers are good, the heating very very nice! There were a lot of Dutch people staying at that hostel at the same time I was there. I hadn’t seen so many Dutchies in one place in those six weeks I was in NZ! It was cool. 😉

I did some short hikes, enjoyed ‘Fush ‘n Chups’ from Kai Kart on more than one occassion and even braved joining in on a pub quiz in the one pub on Stewart Island! The pub quiz was crazy, but it was good fun and our team ‘Bonkers Bunkers’ actually did really well! With a small group, I also went to Ulva Island. It’s a small island, a bird sanctuary, without any rodents and such. The birds weren’t shy at all and we got some good sightings! I have some nice shots from that trip, that I’ll put in a separate post. It was a good half day trip! At night, a bunch of us tried some kiwi spotting at the local rugby field and miserably failed. Oh well, we had fun. And got muddy shoes!

Stewart Island was pretty cool! Very green, very relaxed and very nice! People live on a small part of the island and I haven’t seen a smidgen of all the island has to offer. But that’s okay. It was a great week and I’m glad I went! 🙂

Now onto some photos… 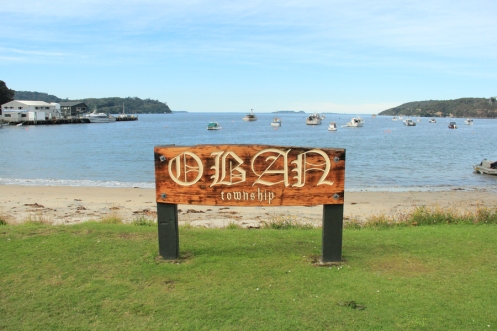 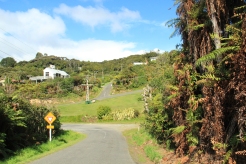 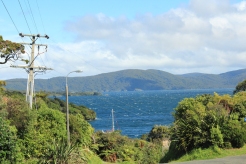 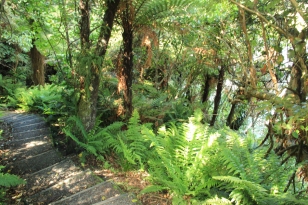 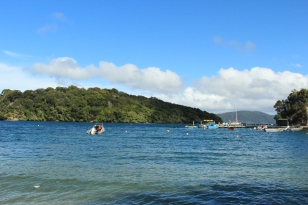 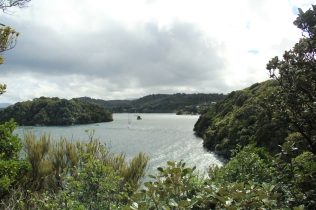 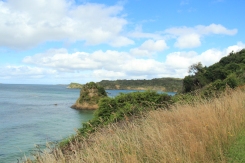 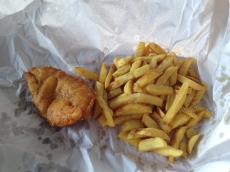