My alarm went off at 2.30 am, way too early for anything other than sleeping. But, I’m on a mission, because today, my holiday starts! I’m sleep deprived and my stomach doesn’t know why I’m eating at that time of day…ehr, night.

I hopped on a night bus and then another one. I made my way to the airport for a flight to Sweden at too-early-o’clock. It was my own choice though, so that I would have plenty of time to make the 3,5-hour journey to Mora. I think I had about three breakfasts. Still unsure why, but I just rolled with it. The flight was bumpy and in combination with my early ‘wake-up-time’ (though who’s really awake at that hour?) it left me rather nauseous. But I survived and arrived at Stockholm Arlanda International Airport relatively unscathed. From the airport, I took a train to Borlänge from where I changed trains to Mora Strand. All fine and good, it was smooth train-ing (can’t call it smooth sailing, after all) (I’m feeling punny today, so sorry not sorry, haha).

I arrived in Mora at a decent hour and I went straight to the hotel, which was a stone’s throw away from the train station (if you throw well that is…my throw would fall short). Unfortunately, my room wasn’t ready yet so I stored my luggage at the hotel and went into town. I’ve been to Mora before and it’s not that big, so I knew exactly where to go. My stomach was still confused as to what was happening, so I fed it some lasagna and pie at the local Wayne’s Coffee. So good! After 3 pm I could finally enjoy my hotel room, which I thoroughly did. It was a lovely hotel with a great shower and an even greater bed (I mean figuratively, but I suppose the bed was bigger than the bathroom anyway, so literally works too).

It was lovely to relax for a bit, before my trekking would start the next day. I took time to repack and figure out how I was going to get to the start in the first place, considering I didn’t have a car and was not doing a trail with the start and finish in the same place. I learnt that the bus would leave at 2.35 pm meaning I would get to the start of the trail around 4 pm. As meh as I was about this in the beginning, I quickly shifted my thoughts around to something positive: hiking is not a 9-5 thing, be flexible, there is enough day light and you were planning to stay at the first hut anyway. A much better mindset, don’t you think? 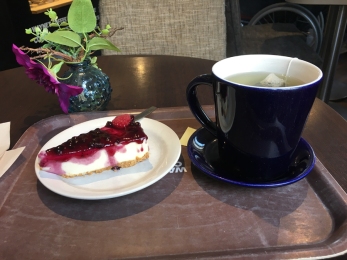 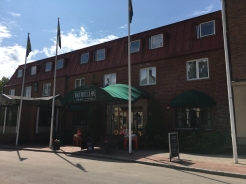 Leave a Reply to Alive and Trekking Cancel reply