When we were at the Castelo de São Jorge, we soon encountered two male peacocks. Well, first we heard them and then we saw them. I absolutely can’t stand the sound that peacocks make. It’s like a cat being strangled, so awful! The two guys were dancing around each other. At the time, we didn’t know there was a female around somewhere. So they were probably fighting over the girl. Of course there were some stupid tourists who wanted to see the peacocks with their tail feathers out, so they were bugging them which really bugged me. Just leave those animals alone!

We continued exploring the beautiful castelo. It wasn’t as hot on top of the hill as it was down in the city. We welcomed the nice breeze! After a while, I heard something in the bush. I looked over my shoulder and one of the male peacocks emerged. I managed to take a close up. While I don’t particularly like peacocks, I have to say that the colours wowed me!! The blue of his feathers catching the sunlight was absolutely magical!! Later Captain Peacock went up the tree where the female was. This female was white with little bits of blue. Very pretty! I hope they lived happily ever after. 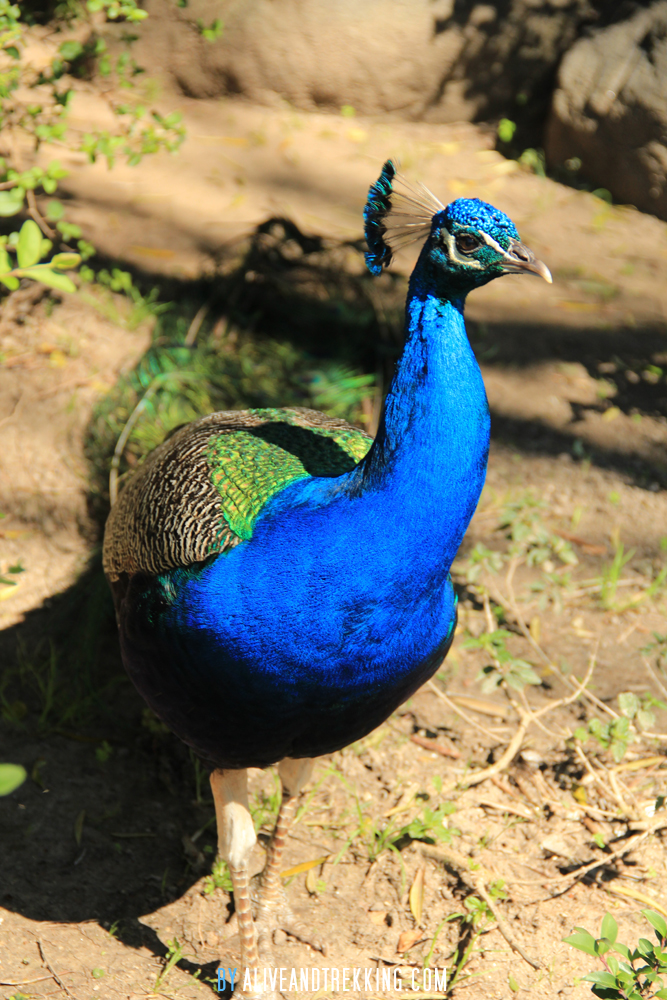 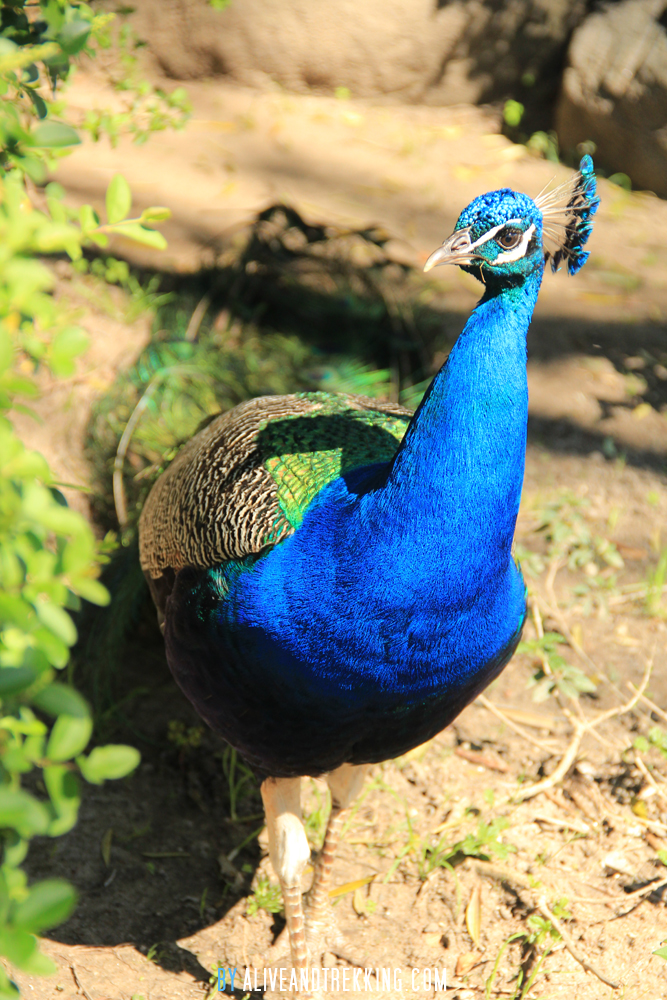 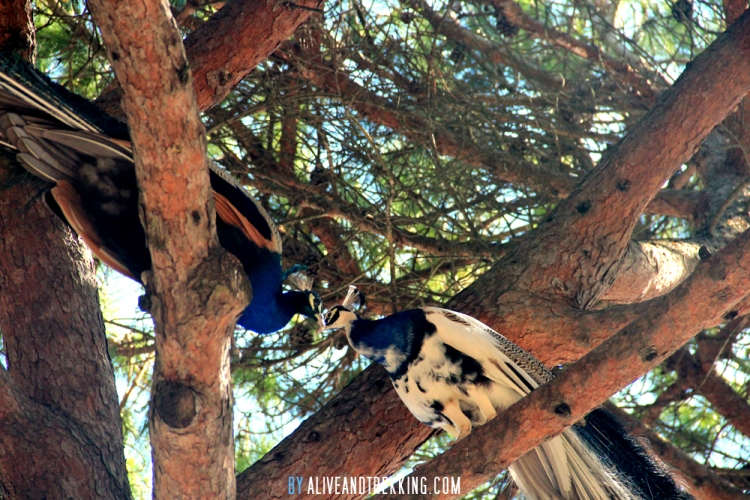 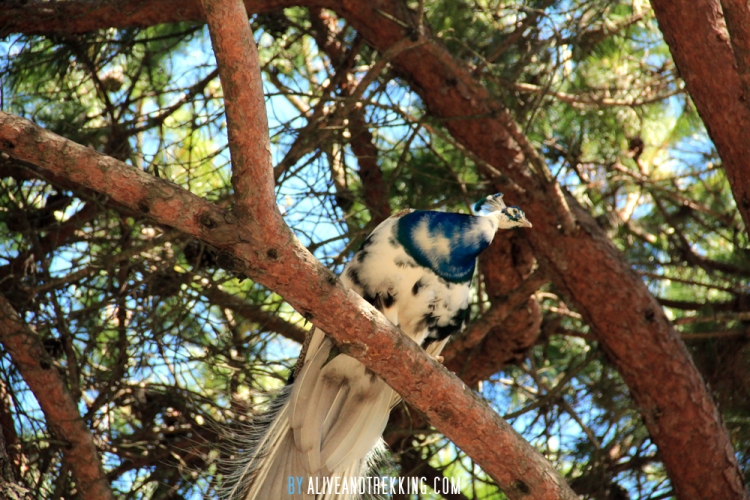