Merry Christmas from Alive and Trekking! Hope you’re having a great time, whatever you are doing and wherever you are in the world! Last year, my mom and I were in New Zealand and spent Christmas in sunny Nelson. Good times they were. This year, we’re keeping it simple and close to home!

To celebrate we’ve been friends for twenty years, two dear friends and I went Christmas shopping the first weekend of December. We decided to go to Osnabrück, because it’s a nice city (I’ve been there once before and liked it then too) and not too far for us Dutch people to get to.

We stayed at a lovely hotel called Hotel am Nikolaiort, smack dab in the middle of the town centre, which was super convenient if we wanted to drop stuff off in between. The hotel room was really nice, big and clean. Lovely shower too. And the breakfast in the morning was tasty as well.

We made our rounds around the market areas several times. We were a bit surprised to find out that the vast majority of stalls were food and we had expected a bit more Christmas decorations. But we still had a great time. Especially at night, it was super cozy with all those lights and festive decorations.

Osnabrück is a lovely city in itself with gorgeous old buildings and a nice shopping area. Because it’s a relatively small city centre, we could do everything by foot which was great. We got our exercise in for sure, which also meant it wasn’t so bad eating chocolate covered fruits from the Christmas market!

We were less lucky on our return journey. While waiting for our train at the central station, we learnt it was 35 minutes delayed, then 90 minutes, then even 110. We were advised to take an alternative train back to the Dutch border and go from there. Luckily we did just that, as the train ended up being cancelled completely. Thank you, Deutsche Bahn…It took us well over an hour longer to get home, but at least we got home fine in the end.

And although our train troubles were not the greatest way to end our trip, we still had a lovely time celebrating all those years of friendship! 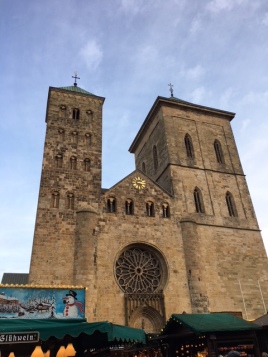 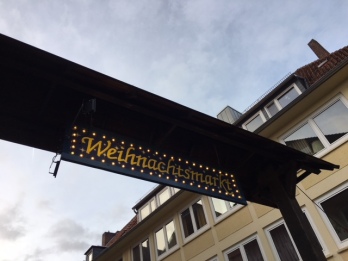 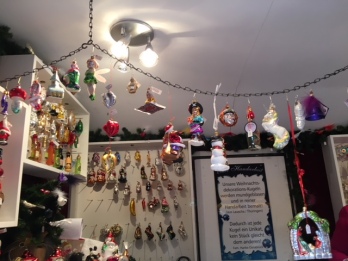 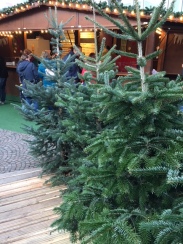 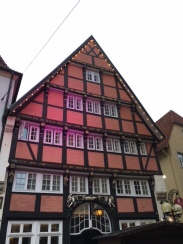 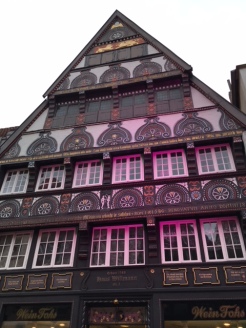 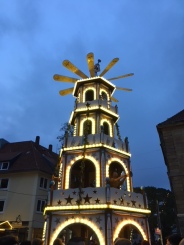 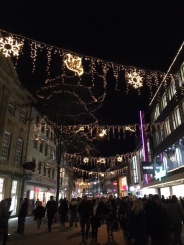 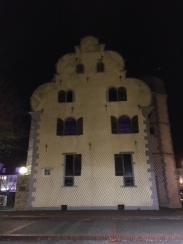 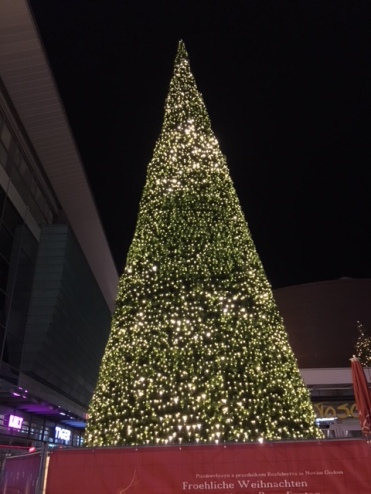 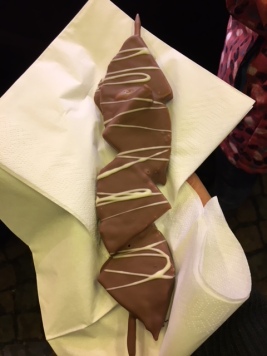 8 thoughts on “Merry everything and happy holidays!”