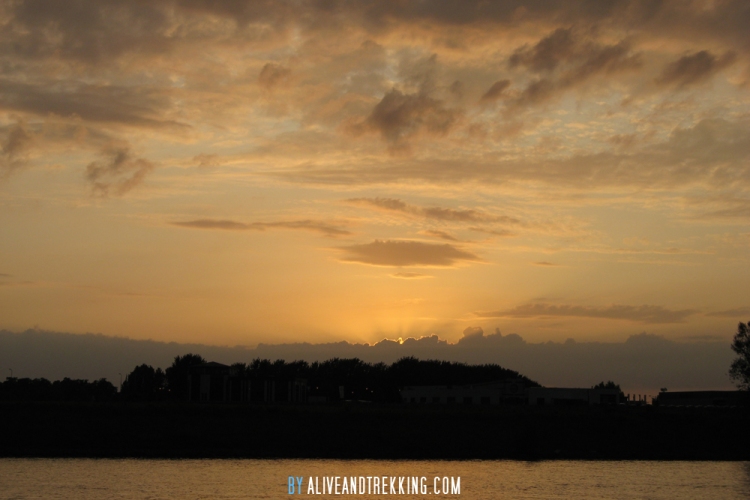 It was the summer of 2009, I was working hard on my thesis and about to graduate from uni. I was full of hopes and dreams of having a career in archaeology. ‘Via via’ I was able to join in on a survey on the river Meuse for a few days, because ‘you never know, you might like that kind of work’. Although not directly an archaeology assignment for the company, I figured it couldn’t hurt, so I joined in. The first day, the weather forecast was heavy storms. Since we were on an open boat and saw the threatening clouds come closer, we called it a day early and hunkered down in the bed & breakfast. In retrospect, the storm wasn’t as bad as they predicted, but better to be safe than sorry, especially when you’re carrying expensive equipment and want to live another day.

The next day was going to be a long day. The job needed to be done and as we had a backlog from the day before, we went for it. After a good night’s sleep, we started early and went on until the early hours. Literally. I believe we were done around 2/2.30 am, after which we still needed to pack up the gear and the boat, and drive back to the ‘home base’. I believe my head hit the pillow around about 4.30/5 am.

It was a fascinating trip. Even though nothing came of it ‘career wise’ of ‘job orientation wise’, it was a good couple of days. I love being on the water, the weather was great and we were packed with great food. Being on one of the main rivers of my country around sunset and then after dark, was exciting and special too. It’s a nice story to tell, a nice experience to look back on. I never got a career in archaeology, which is ok. Sometimes you just have to go where life takes you.